Brain damage in infants is a serious condition that not only affects millions of children each year, but also leaves many of them severely disabled and in need of expensive care and therapy, potentially for the rest of their lives. There are often a number of causes why this type of brain injury occurs. Infant brain damage tends to occur during the labor and delivery process. Some of the common ways in which babies become brain-injured during birth include oxygen deprivation, infant jaundice, infections in the mother’s body and physical trauma that is suffered during labor and delivery.

The damage that is done during this time results in permanent and irreversible impairment to the brain that varies in severity and may lead to a number of disabilities and other physical as well as psychological issues. If your child has been injured at birth due to the negligent actions of a doctor, hospital or other medical professionals, you may be able to file a birth injury lawsuit against the at-fault parties seeking compensation for your child’s injuries, damages and losses. What Are the Symptoms of Infant Brain Damage?

Traumatic brain injuries are one of the leading causes of permanent disabilities or even death in babies, according to the U.S. Centers for Disease Control and Prevention (CDC). If your child has suffered from brain damage, it is important for you to understand the symptoms. Some of these symptoms may not become apparent for several years after the injury. There are a number of different symptoms your child may exhibit such as:

As the child grows older, you may notice additional symptoms such as extreme fatigue, sleeping disorders, sensitivity to light and tremors. Some types of brain damage cause paralysis of some or all of the limbs. Paralyzed limbs are often stunted and may be deformed due to atypical growth processes. Children with severe brain damage may be unable to control bodily functions such as urination, bowel movements, and drooling.

In some cases, infant brain damage causes specific conditions with a certain set of symptoms. Cerebral palsy is a condition caused by damage to the part of the brain that controls movement and coordination. Children with cerebral palsy may have tremors and seizures. Children with severe cerebral palsy may be unable to stand or walk on their own and may require extensive care.
Seizure disorders or “epilepsy” are caused by unusual electrical activity in the brain. In addition to tremors, twitching and convulsions, seizures may also cause other problems such as loss of balance, uncontrollable eye movements, loss of bladder and bowel control, and temporary breathing issues. Some seizures just cause behavioral changes, such as rocking back and forth and not responding to stimuli.

Brain damage in infants may also cause psychiatric disorders such as schizophrenia, depression, anxiety, and psychosis. These disorders may not surface until your child’s teen years. You may also see other symptoms such as extreme lethargy and sadness, behavioral problems, hearing voices, hallucinating, or extreme paranoia.
One study found that children who suffered injuries to the cerebellum during pregnancy or delivery had a higher risk of developing autism. The causes of autism are not well understood but brain damage may increase the risk.

While the symptoms mentioned above are helpful to diagnose infant brain damage, medical professionals also resort to other diagnostic tools such as a CT scan or MRI. These tests provide more detailed images of the brain and tell a doctor whether there is internal bleeding or fracture. An electroencephalogram or EEG is a test that detects electrical activity in the brain using small, flat metal discs attached to the scalp. This test may also be used to diagnose normal brain function.

There may be a number of suggested treatment methods for infant brain injury including surgery, physical therapy, medications, adaptive devices and a host of rehabilitation services that help promote independence and functional skills. The prognosis for infant brain damage often depends on the nature and severity of the damage. In some cases, even surgery or treatment might not help and your child may be left with a permanent, life-changing disability. 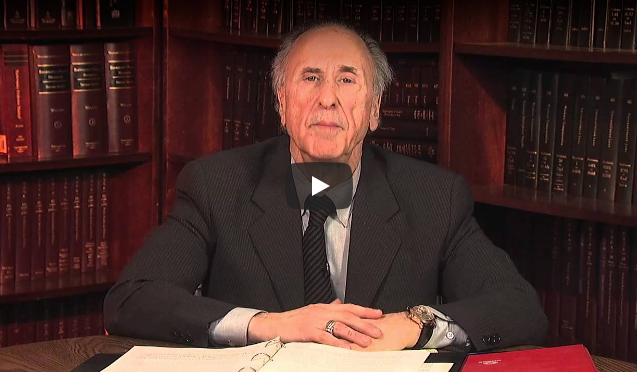 $43,940,000: Verdict secured for family whose child was diagnosed with cerebral palsy. The hospital failed to diagnose fetal distress, which led to brain damage and cerebral palsy from lack of oxygen supply to the brain. The delay in diagnosing the fetal distress and ordering a C-section delivery caused the child’s condition. Defense attorneys argued that the child’s injuries were caused by premature birth and that the obstetrical care was appropriate. The $43,940,000 verdict was so large that it was eventually reduced on appeal.

$23,500,000: In this case, doctors departed from proper medical procedures in allowing a resident to handle the birth of the child. They also failed to inform the mother of a urinary tract infection for which they had tested her weeks earlier. The mother went into premature labor, but wasn’t treated for the infection. The resident who handled the emergency C-section was said to have applied too much pressure on the infant’s head causing trauma to the head and bleeding in the brain. As a result, the child was born with severe mental retardation and cerebral palsy. The $23,500,000 verdict, again, was so large that it was reduced on appeal.

$4,500,000: This was a case where a doctor negligently used forceps to deliver a baby cutting oxygen supply to the baby’s brain. The child suffered from cerebral palsy as a result. Our attorneys handling the case were able to prove that a C-section should have been performed, which may have prevented the cerebral palsy from occurring.

Asphyxia or Oxygen Deprivation at Birth

Lack of oxygen or asphyxia is a major risk for infants during the labor and delivery process and is one of the most common causes of brain injury for babies. Lack of oxygen can have long-term effects. For example, reduced oxygen supply to the brain or hypoxia may result in long-term disabilities and developmental delays. Severe oxygen deprivation or anoxia may cause disabilities or even death. There are a number of reasons why oxygen deprivation might occur including, but not limited to:

As birth injury lawyers, we often see that a number of these cases are preventable and occur because doctors or medical staff fail to quickly and properly recognize problems and provide solutions.

Physical Trauma to the Infant

Not all births go as planned. Medical professionals must be prepared for complications that may occur during the process. In fact, birth-related brain injuries are the leading cause of cerebral palsy and other intellectual disabilities among children in the United States. There is the potential for a number of mistakes to be made during labor and delivery. For example, if a doctor uses birth-assisting tools such as a vacuum or forceps improperly, it may lead to brain damage. Physical trauma may occur if the baby is pulled out with excessive force.

There are a number of risk factors that must be assessed before a labor and delivery in order to prevent these traumatic births. For example, if the baby is larger than 8.5 pounds, then the birth process might become difficult. In some cases, the baby may be in breech position (feet-first instead of head-first), which may create problems. Obese or diabetic mothers also have certain risk factors for difficult births. In such cases where risk factors are present, a C-section must be considered in order to avert such serious, life-changing injuries.

One of the complications that can unexpectedly arise during pregnancy is a maternal infection. Some of these infections may be extremely harmful to the baby and it is the responsibility of the medical staff overseeing the mother’s care to monitor for infections and provide the medications necessary to get rid of the infection.

There are a number of complications associated with maternal infections that arise during pregnancy, labor and delivery, which may result in a severe and life-changing brain injury. These complications and effects include:

The amount of compensation you may receive in your birth injury case often depends on the nature and severity of the injury and the extent of negligence or the degree of liability on the part of the medical staff or hospital. If your child has suffered brain damage as a result of birth injury, you may be able to receive compensation for damages including, but not limited to:

If your child has suffered a birth injury or has suffered brain damage as the result of medical negligence, the experienced New York personal injury attorneys at the Law Offices of Kenneth A. Wilhelm can help you better understand your legal rights and options, and also fight hard to recover just compensation for you.