What Are Some of the Disabilities Associated with Cerebral Palsy?

Here are some of the most common disabilities suffered by children with cerebral palsy:

Mobility issues: Children with cerebral palsy tend to suffer from physical and 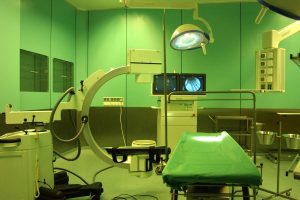 mobility issues. Their disabilities may range from mild spastic movements to more serious conditions such as being unable to walk without help or needing assistive devices such as wheelchairs to get around. Because cerebral palsy is a group of neurological conditions caused by damage to the brain during pregnancy or birth, it leads to impaired muscle tone and movement with flaccid muscles, poor reflexes, lack of coordination, poor posture, impaired balance and involuntary movements.

Seizures: This is a disorder that is commonly associated with cerebral palsy. The Centers for Disease Control and Prevention (CDC) estimates that around 35% of all children with cerebral palsy will experience seizure. When a child has a seizure, it is due to misfiring brain cells brought about by previous damage.

Cognitive and behavioral issues: While not all children with cerebral palsy may experience cognitive issues, studies show that a significant number of children with this condition are likely to have some form of cognitive impairment. This type of impairment could range from mild to severe. Some of the common cognitive and behavioral issues in children associated with cerebral palsy include the inability to connect with others emotionally, depression, anxiety, mood swings, issues with comprehension, problem with decision making, memory issues, and other psychological issues.

Trouble swallowing: Children with cerebral palsy often have difficulties swallowing (known as dysphagia) because of poor muscle and motor function control. Symptoms may include pain while swallowing, regurgitation of food, heartburn, unusual weight loss, gagging while trying to swallow, drooling, delayed swallowing reflex and sore throat. Children who have issues swallowing are usually referred to a team of healthcare professionals such as a dietician, occupational therapist or a dysphagia specialist.

Problems with vision: Children with cerebral palsy also have the risk of vision problems such as visual impairment and long-sightedness. It is best to get the child’s vision tested as early as possible with regular checkups so any visual impairment may be identified and corrected. Vision problems can create a different set of associated disorders such as impaired learning abilities, difficulties with reading and writing and accidents caused by inability to see properly.

As cerebral palsy is often linked to brain damage occurring during labor and delivery, it is the responsibility of medical professionals to monitor the condition of the fetus and the mother and make decisions that would reduce or eliminate risk during delivery. If your child has cerebral palsy he or she may be able to receive compensation to help pay for medical expenses, lost income, cost of therapy, future treatments, permanent injuries, disabilities, past and future pain and suffering, etc.

The experienced New York personal injury attorneys at the Law Offices of Kenneth A. Wilhelm can help you better understand your legal rights and options, and also fight hard to recover just compensation for you. One of our clients secured a $2,850,000 verdict in a birth injury case that was reduced by the appeals court to $1,846,000 because the verdict was so large. This was the highest amount upheld by the appellate (appeals) courts for many, many years. In addition we recovered $1,400,000 for a newborn who lost motion in the arm during birth due to doctors applying incorrect force on the baby’s head. Also, one of our clients obtained a verdict for $43,940,000 and another of our clients got a verdict for $23,500,000, both in medical malpractice cases.