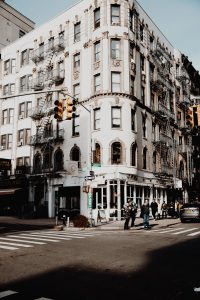 those who are blind or visually impaired. According to The New York Times, in an opinion released on Dec.27, Judge Paul A. Engelmayer criticized city officials for failing to make the vast majority of New York’s more than 13,000 intersections safe for thousands of blind and visually impaired residents.

He also ordered the appointment of a federal monitor to oversee the installation of signal devices, which use sounds and vibrations to inform people when it is safe to cross the road. The ruling will change the face of the city’s streets, a vast majority of which are only governed by visible cues such as flashing countdowns, red hands and walking figures. It is also a watershed moment for disability rights in a major city where street crossings typically do not assist its blind or visually impaired residents.

City officials told the Times that the court ruling did recognize some of the challenges the city has faced in its attempts to install the systems over the years. The case was filed back in 2018 alleging that the Department of Transportation and Mayor Bill de Blasio’s administration violated the Americans with Disabilities Act, making it dangerous for those who cannot see to walk on city roads.

Last October, a judge ruled saying the city had violated the federal law by failing to install accessible signals. These types of signals are present at less than 4% of city intersections. They essentially let pedestrians know when it is safe to cross through beeps, voice recordings and other sounds. They also vibrate to communicate to residents who are deaf or hearing impaired.

Around 2.4% of New York City’s residents are visually impaired. Disability advocates have also pointed out that the coronavirus pandemic is changing pedestrian and traffic patterns that blind residents often depended on to make their way through streets and sidewalks. The need to have access to a pedestrian signal is even more important now than it was before the pandemic, advocates say.